Build your own jet plane 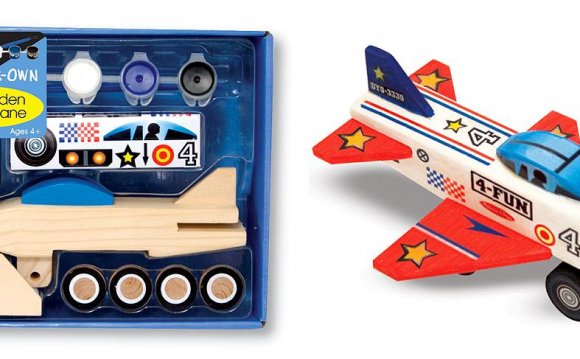 In a cavernous airplane hangar in Quincy, Illinois, two hours south of Chicago, Don Kirlin paces beneath the gold hammer and sickle of a large Soviet flag. Around him are the military bulwarks of the once-formidable Evil Empire: four Czech Aero Vodochody L-59 Super Albatross fighter jets, perched in two rows. In another Kirlin hangar next door sits a Soviet MiG-21 Mongol, the bane of US pilots in Vietnam. Outside, on the flight line, are seven Czech L-39s, still bearing red Communist stars. And just beyond them, almost invisible in dusky-gray and sky-blue paint, two MiG-29 Fulcrums. The pride of the hallowed Mikoyan-Gurevich Design Bureau, the Russian equivalent of Lockheed Martin, the Fulcrum has a top speed of Mach 2.4 – hundreds of miles per hour faster than an American F-16 Eagle or F/A-18 Hornet – and remains one of Russia's preeminent fighters.

A decade ago, only sovereign nations could afford to buy and maintain sophisticated, high-performance fighters. But Kirlin's unmarked hangars contain an air force more formidable than that of many countries. He has 30 jets in flying condition, 10 in line for maintenance, and dozens more to be delivered. His MiG-29 Fulcrums, designed in the late 1970s to go head-to-head with the hottest US planes, are the only privately owned Fulcrums in the world. Kirlin breaks into a big smile whenever he looks at them.

"Check this out, " Kirlin says, leading me into a back room and opening a steel cabinet. He takes out a white cotton bag. Inside it is a pilot's helmet that connects to the plane's laser-guided tracking system. The result: A MiG-29 pilot can precisely target a missile just by looking in a certain direction. Federal regulations require all military equipment owned by civilians to be disabled, but somehow – "Can't tell you, " Kirlin says – the Fulcrum's radar weapons systems are intact. The plane is no match for a US fighter's sophisticated avionics in an encounter beyond visual range. But if it can survive long enough to come within view of that fighter, the MiG-29's ability to fly at high angles of attack becomes a distinct advantage – and where the pilot's eyes aim, so does its weapon.

Kirlin's collection began as a rich man's game to own the baddest toys money can buy. Then he realized there were others who coveted the planes as much as he did. So he started a business, Air USA, to sell L-39s to doctors and executives looking for a nifty flying sports car with twin ejection seats, capable of aerobic loops and rolls and approaching the speed of sound. As Kirlin puts it, why plod about at 120 mph in a $300, 000 Cessna when you can fly four times as fast in an L-39 that costs the same and looks a hundred times sexier? "Look at this, " he says, whipping open the forward avionics bay in the nose of an L-39. "We strip out the old stuff, put in light American avionics, save 800 pounds, and there's enough room for a set of golf clubs!" Built to fly in and out of dirt airstrips throughout the Soviet empire, the L-39 is so sturdy, Kirlin says, "This is the only tactical jet fighter that you could – if the Federal Aviation Administration would let you – land right on the golf course, play a round, and then head home! How cool is that?"

Cool enough – but Kirlin had even bigger ideas. In the past few years, he has built an entirely new and booming business hiring out his fighter jets and pilots to the US government for training exercises. The Navy deactivated its last full-time adversary squadron in 1996 amid shrinking defense budgets and aging aircraft, even as training demands increased. And there was Kirlin, sitting on all those former Eastern bloc fighters maintained by factory-trained mechanics. So the Navy came calling. "Iraq was flying three kinds of plane when we invaded, " he says. "The L-39, the MiG-21, and the MiG-29, which are three of the four airplanes that Air USA owns." Now Navy fighter jocks train against Kirlin pilots flying Kirlin planes. With 16 aircraft available for Navy exercises, Kirlin has more fighters in the air than any of the four other companies currently flying for the Pentagon.

Kirlin owes his operation to the collapse of the Soviet Union and the elegant crudeness of its technology. "When the Soviets built an airplane, they intended it to serve for 50 years, maintained in the middle of nowhere by a kid who could barely read, using a tool kit not much bigger than a box of fishing tackle." By comparison, he explains, a US warplane is designed around one parameter – performance. Price and complexity are barely considered. "All Americans want is a thoroughbred, but the Russians, they want quarter horses. And lots of 'em. Their whole design philosophy is based on simplicity and reliability."

As an example, Kirlin rattles off the L-39's features: efficient turbo fan engines that need little maintenance and can fly for three hours on a single tank of gas; mechanical flight controls; heavy-duty landing gear and tires for takeoff and landing on unimproved dirt airstrips. Nearly 3, 000 were built throughout the 1980s and 1990s, making them modern and plentiful, with an abundance of spare parts – the perfect aircraft, as it turned out, to dependably and profitably challenge the US military.

As Kirlin is talking, two men who look like they've been sent over by a Hollywood casting agent walk into the hangar. Tom Leonard and Pete Pettigrew are both in their early sixties, lean and 6 feet tall, with short silver hair. Pettigrew is a retired Navy Reserve rear admiral with 20, 000 cockpit hours and a kill on a MiG-21 over Vietnam in 1972. Leonard is a retired lieutenant colonel and Navy Top Gun graduate. Both are just in from San Diego. Tomorrow they'll fly back in two of Kirlin's L-59s for 10 days of offshore operations against the aircraft carrier Vinson and its battle group. Kirlin employs a cadre of 20 similarly experienced former fighter jocks, including himself.

Some of what his air force does can be mundane – towing targets on 10, 000 feet of cable for other jets to shoot down, for example – but increasingly his pilots are being called upon to pierce the air defenses of Navy aircraft carrier battle groups. The scenarios vary, but typically Kirlin's birdsdive toward the carriers from 25, 000 feet up and 200 miles out, pretending either to be incoming missiles or enemy fighters. "Gone are the days and tactics of the movie Top Gun, where you had to turn and burn and get behind 'em to shoot 'em down, " says Eric Petersen, adversary requirements officer at the Naval Air Forces Headquarters in San Diego. "Now we want to ID someone from 10�miles out and shoot them down before they even see us. But there are 50 different kinds of radar out there, and bandits with different radar signatures. It's getting really complex for pilots trying to figure out which plane and radar is what." Kirlin's planes can simulate those signatures. And a carrier has to be able to identify those fighters and scramble its jets off the deck within a few minutes. But at first, Petersen says, "we found our pilots a lot less ready than we thought they were." The realistic scenarios staged by Kirlin and his pilots help. "When it's a foreign aircraft like the L-59, " he adds, "it's much more intense, believable, and challenging."

The Navy paid Kirlin $840, 000 for 200 hours of flight time in 2004. This year, says Petersen, Kirlin is already "way beyond that." Even at that price it's a bargain, he insists. "Military assets are programmed to last a certain period of time, so why not use theirs for less challenging missions and save ours for the war?" As Air USA pilot Leonard puts it, "We show up, do the job, and go away."

How to build your own Jet Engine

Build Your Own Rc Electric Jets And Airplanes [Secrets Rc ...

Build Your Own Plane With DIY Jet Kit