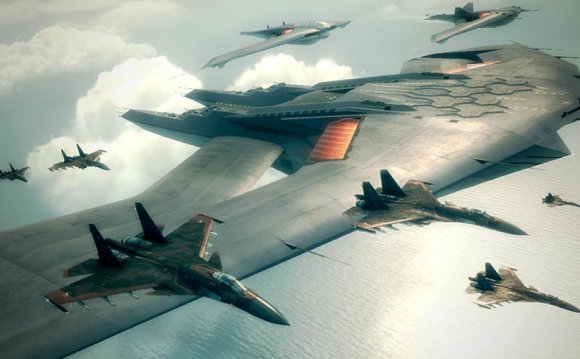 From time to time, passengers ask me what it is that keeps an aircraft in the air. After all, we’re talking about a metal cylinder weighing some 400, 000 kilos. It’s something of a miracle for many people. In fact, though, it’s not rocket science. It has everything to do with aerodynamics and propulsion. So how does an aircraft fly?

So now we can see the reason why an aircraft flies. We are actually hanging on the air because the pressure against the upper edge of the wing is lower than that against the lower edge. However, the wing does have to be passing through the air. In other words, there must be air flow around the wing in order for the pressure differential to arise.

Then we need engines to create propulsion. They cause the wings to pass through the surrounding air. It creates a balance in which we can see two forces horizontally. First, there is the forward propulsion created by the engines. Opposite that, there is the aircraft’s wind resistance. Vertically, we see the upward lift. And the aircraft weight, pulling it downward.

Even if the engines stopped working—which happens very rarely—aircraft are still capable of gliding great distances. On every flight, as we make our approach for landing, we reduce the engine’s propulsion. Passengers in the cabin can hear this happening. We don’t turn the engine off completely, but they turn because of the air passing through them. So they are not creating any propulsion. In effect, it’s comparable to an engine that has been turned off.

An aircraft’s descent can often take about twenty minutes. During that time—and depending on the aircraft type—we can glide about 120 miles (about 220 kilometres). So, during that time, we’re sitting in a great big glider.

If you happen to be sitting at a window near the wing, you’ll have some interesting things to see. This is where it’s all happening—on the wing’s leading edge, at the rear, and above the wing, you can see all kinds of moving parts.

The wing is designed to provide optimum lift at normal speed, which we call cruising speed. For a jet, that’s about 850 kilometres per hour. Of course we can’t take off or land at that speed. We would need a much longer runway to do that.

Lift depends on two things—the aircraft’s speed and the curvature of the wing. We adjust the wing’s curvature on takeoff and landing so that the wings provide greater lift. We do that with the help of the flaps. Flaps are long panels on the trailing edge of the wing that we can extend bit-by-bit. Some aircraft also have flaps on the wings’ leading edge—sometimes called slats. After takeoff, as the aircraft increases speed, we retract the flaps.

But you can also see moving parts on the wing’s trailing edge during the flight. These are called ailerons. We use these to make the aircraft turn or to make it bank. By varying the wing’s curvature, we cause one wing to give it more lift than the other. For instance, when we make a left turn, we push the right aileron down which gives it greater curvature and more lift, thereby pushing the left wing down.

Finally, the wings have long panels along the upper edge. We call these speed brakes. It’s not a true brake. Rather, it “disrupts” the air around the wing. It reduces lift and allows us to descend more quickly, if necessary.

The more I think about it, the more fantastic it is that such an enormous aircraft can fly so easily. It might not be rocket science, but that Bernouilli was certainly a clever guy! Fortunately, steering an aircraft is a lot easier.