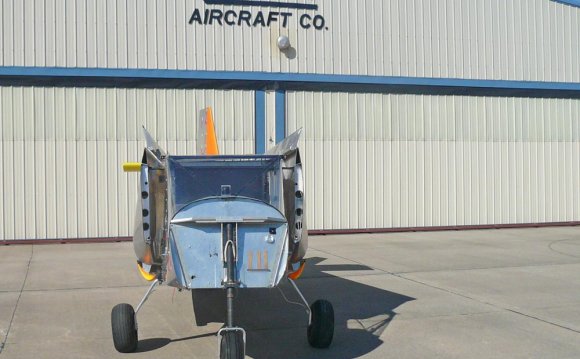 As more and more people jet across the globe, aeroplanes need to get bigger.

Airbus has already launched their mammoth A380, which has a double decker design, back in 2007.

Boeing has this month unveiled its answer to the A380 with a new plane, dubbed the 777X.

When the Boeing 777X blasts into the skies in 2020, it will be the biggest twin-engined jet ever – with an insane wingspan of over 235ft.

That mammoth wingspan – equal to six London double decker buses nose-to-nose – means many airports will not be able to accommodate the Boeing 777X.

Internal airports including Manchester and London Heathrow will have to build brand-new areas to accommodate the giant jets.

To help the transition, Boeing have developed a nifty trick with its latest plane – foldable wings.

The plane's party trick means it should be able to land anywhere in the world.

When the 777X touches down, the pilots reduce the giant wingspan by over 20 feet with the flick of a switch.

The hinged wing will measure 12ft and will be locked in place when the plane is airborne using a series of strong locking pins inside the wing.

Boeing is also boasting its new plane will be one of the most fuel efficient in the world, with 12 percent lower fuel consumption than the competition.

The plane will be able to transport more than 400 people and, thanks to its comfortable cabin area and bigger windows, the firm says its plane should reduce jet lag for travellers too.

Some of the world's biggest airline including Emirates, Lufthansa and Cathay Pacific have already placed orders with Boeing.