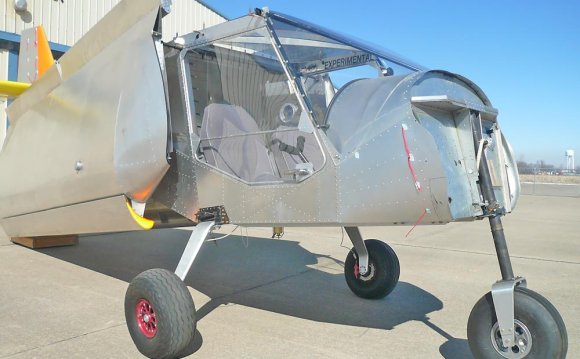 LE BOURGET: For certain flyers the window seat is a highly coveted position in the aircraft cabin. The aisle seat, of course, has its own advantages for the “vertically endowed” among us, as well as for those who need to – or want to – get up more frequently or have anxieties about being in cramped spaces. Still, the window seat is the best place to observe the miracle of flight, the subtle movement of the plane’s ailerons, the formation of clouds, the earth below, and the fascinating operational choreography that takes place on the airport apron.

Catering trucks lifting food-laden trolleys to the aircraft, luggage trains buzzing about and other aircraft taxiing by are just a few of the things window seat riders witness before takeoff and after landing. But in the near future, and beginning with Boeing 777-9X launch customer Lufthansa, passengers will start seeing something new and possibly astonishing when they gaze through the aircraft window on the ground. The folding functionality of the twinjet’s wingtips.

Late last year, Liebherr-Aerospace won a highly competitive bid to provide Boeing with the fold subsystem, the latch pin actuator and the secondary lock actuator, which will enable the 777X’s innovative wings to fold up and down on the two variants (the -8X and -9X).

The greater wingspan – a whopping 71.8m when the wingtips are unfolded for flight – allows Boeing to maximize fuel efficiency for its airline customers. But because the wings are so vast, many airports are simply not set up to deal with it. “For the new 777X, they have redesigned the wing to have a better flight performance and due to that they have stretched the wing.

Now the wing is so long that when taxiing, it has to fold to be compatible with today’s airport gates, ” Liebherr-Aerospace senior executive Heiko Lütjens noted when he indulged RGN in a conversation at the Paris Air Show about what passengers should expect.

“We fold 7 meters exactly, 3.5m on each side. The aircraft is landing in a normal configuration [wings fully extended and locked with full diameter of 71.8m] and then we have so-called sectors, one sector is the runway, the other sector is the taxiway and from the runway to the taxiway we will have a given time [likely less than 20 seconds] to fold the wings, ” said Lütjens, who serves as managing director and CTO landing gear systems, flight control and actuation systems at Liebherr-Aerospace & Transportation SAS.

Only when the wingtips are folded up after landing can aircraft safely move beyond the runway without the risk of coming into contact with, for example, the wings of other large aircraft using the taxiways.

Knowing this, we suddenly become aware of just how critical the reliability of this technology really will be to airport operations and by association, to the passenger experience.

Should the wingtips not fold up and lock into place correctly after the aircraft lands, it could effectively paralyze an airport by delaying both departures and arrivals. On the flip side, before flight, the system “has to function flawlessly, of course, and for any failure then, the aircraft must stay on the ground – which is the case with any system that isn’t functioning flawlessly”, added Lütjens.

According to Liebherr-Aerospace, passengers should actually not hear loud noises or significantly feel the action of the mechanics driving this critical process. The company’s goal, working closely alongside Boeing designers and engineers, is to make the function as fast, smooth, reliable and safe as possible.

Nevertheless, the functionality is sure to captivate any 777X passenger with a view of its long and graceful wings.

How to make folding wings for cosplay: Part IV