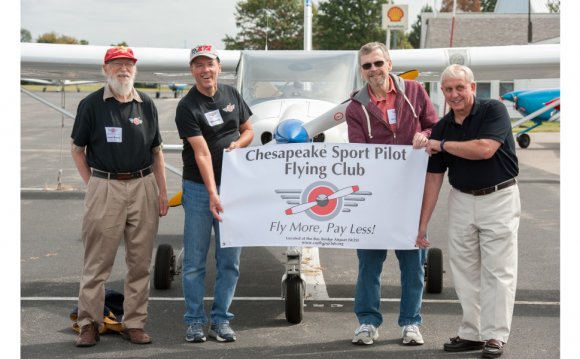 It is possible to fly an aircraft without a pilot license under FAA FAR Part 103 if the aircraft meets the following requirements.  Is single seat  Weights less than 254 pounds empty weight  Has a fuel capacity not exceeding 5 U.S. gallons  Is not capable of more than 55 knots ( 63.4mph) calibrated airspeed at full power in level flight  Has a power-off stall speed which does not exceed 24 knots (28mph) calibrated air speed. No license should not be confused with ‘no skill required to fly’. Flying a Part 103 Ultralight requires similar piloting skills to the slower flying LSA’s and proper training should be obtained, but FAA written and practical tests will not be required and your instructor will decide when you are ready to fly your Ultralight - training time should be less than the 20 hour LSA minimum. Despite being no license the Ultralight Pilot must understand and obey the FAA FARs with respect to the local airspace, airport patterns, cloud clearance rules etc. - a sectional and airport facility directory for the local area is a must. . Ultralight training will need to take place in an LSA so the training hours will count to the Sport Pilot 15 hour dual training requirement a big advantage if the student later decides to obtain the Sport Pilot certificate. The experience gained during the solo Ultralight hours will also make the Sport Pilot practical test much easier to take.

Aircraft flying under the Part 103 rules do not need to be registered with the FAA, do not require an ‘N’ number and do not require an annual airworthiness inspection by an FAA certified A&P which reduces operating cost. Part 103 Ultralights by definition are simple aircraft and easily maintained by the owner. Due to the greater required structure it is hard to build a conventional controlled aircraft to the Part 103 weight limit and provide a engine with reasonable power – hence the pre-LSA emergence of ‘fat ultralights’ which looked like a Part 103 machine but due to Rotax 447 or 503 engines were overweight and although widely flown, illegal – for a long period the FAA ‘looked the other way’ but those days are gone – fat ‘ultralights’ are now classified as LSAs. A single seat trike can easily meet the Part 103 requirements, even when powered with a Rotax 447 or similar engine and with the correct wing a trike will easily cruise in the 50 to 60 mph range and climb at 1000ft per minute - the Rotax...