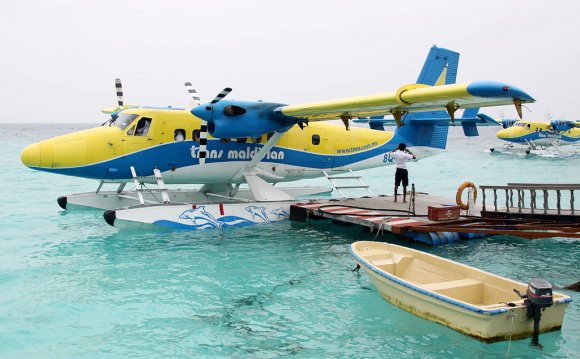 The fifth anniversary of U.S. Airways' (flight 1549) water landing in the Hudson River is quickly approaching on January 15, 2014. And if there's anything that event taught us it's that it is possible to surviving a water ditching.

A few weeks ago, almost exactly a month prior to US 1549's upcoming anniversary, on December 11, 2013, a Makani Kai Airlines flight, flown by a Cessna Grand Caravan to Honolulu from Kalaupapa, Molokai crash landed in water and this time it was off the shores of Hawaii.

Because the aircraft is much smaller and was only carrying nine passengers, the media seemed to pass over reporting this crash, but a few did because of passenger Loretta Fuddy.

Her name might not sound familiar to you at first, but I'm certain you know her. She's the Hawaiian health official who approved the release of President Obama's birth certificate during the last Presidential Campaign putting a stop to Donald Trump's quest to prove that President Obama wasn't a United States citizen. Sadly, she was the only passenger that didn't make it out of the aircraft alive. In fact, some websites are reporting on the accident and her passing to further their conspiracy theories about the President's citizenship.

The fact remains, eight passengers made it out of an airplane that crashed in the ocean, and one of them was willing to talk to me about it.

Ferdinand Puentes boarded the Makani Kai Air flight and settled into his seat. He then turned on his Go-Pro camera to record the afternoon take-off, because earlier that day he had recorded the landing when he arrived in Kalaupapa. Little did he know what he was about to capture.

We were taking off and about two minutes into the flight, after a slight left turn and gradual climb to reach our altitude of 6, 000 feet. there was a loud pop/bang noise from our single engine plane. Then, silence befell on us all with realization of what's about to happen... There were no screams and no one panicked. It was surreal, as if a slow motion spell was on me as I switched my views from watching the pilots effort to glide the plane, to the passengers and then view of the ocean that is ascending closer through the window of the plane very quickly.

Mr. Puentes continued by saying that it felt as though it only took about 30 seconds from the time they heard the pop noise until the plane hit the water. He noted that the pilot tried to keep the plane as steady and level as possible.

I was fumbling trying to get the life jacket out of the sealed bag and donning it. There were too many things to worry about that your heart and your soul can't keep up to match the pace of your own thinking at that moment.

Next, he says, after he exited the aircraft he swam over to a piece of the wing and held onto it and it help to keep him afloat. A group of passengers swam over to him asking for help securing their life vests, and as he tried to assist them, he realized because of everything going on, though he put on his life vest, he never inflated it. Once he pulled the inflation handle it quickly became apparent that because of his work-boots, he still couldn't stay afloat. Noticing this right away the Pilot, who was floating with a seat cushion gave it to him.

Then, he tried to swim to shore:

We were about half mile out from land. In my thought process I told myself: "I can make that swim." So, I said I'm going to try and head towards the shore. Another person was about to do the same trek to shore. Thats when we broke away from the group to make it to shore. I was constantly mumbling to myself that: "I swam farther than this before, I can make it!"

He never made it. The swim was more exhausting than he had expected because of the waves and the weight of his clothes and at one point, he came face to face with a humpback whale:

[The humpback whale] waterline near me to breathe about 50 feet or so. I screamed loudly, mistakingly thinking I was going to be just like a seal being launched up from a Great White Shark or something.

He noticed Coast Guard helicopters approach the scene and lower a "cargo net type basket" into the ocean near the other survivors. When it returned to his location, he says he was "exhausted mentally and physically."

I almost didn't have the strength to grab on to the rescue swimmer that guided me into the basket. When we were up dangling in the basket, it gave me a view to see the smoke signals that were the spot of the group. They were far, far away.