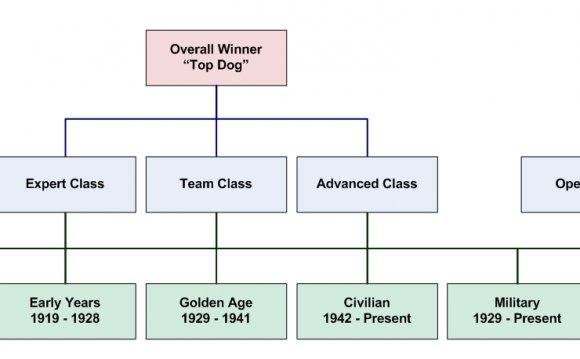 Satisfaction in restoring a vintage airplane can come from many areas. You may be fulfilled by simply knowing you have restored an otherwise neglected or worn airplane back to airworthy status. Perhaps you rebuilt an airplane that had served you well for a number of years, or brought back an aircraft found unused in the back of a dusty hangar. For many restorers, just doing the restoration is reward enough, but for many others, the idea of a little competition whets their appetite.

It’s fun to compete in a friendly way with your fellow rebuilders, and chide each other over this or that detail.

Judging at EAA AirVenture is governed by the EAA Judging Standards Manual, a short (20 pages for all Divisions) booklet that sets the guidelines for the volunteer judges to follow.

As long as we’re on the subject, a short pause is in order to recognize a group of volunteers with some of the toughest jobs at any Fly-In – the Judges! Let me quote from the introduction page of the Judging Manual:

“The judging of contest aircraft is a difficult, demanding, rewarding and sometimes thankless job. The primary effort is to be objective and as professional as possible in evaluating the aircraft. The resulting decisions represent the consensus of a number of judges who have devoted a considerable amount of time and effort and who are aware of the importance of their decisions to the exhibitors.

“Judging is a voluntary activity with the only rewards being the satisfaction of a meaningful job well done. The judges are to be commended for the dedication which they all bring to this effort.”

All of us should keep that paragraph in mind the next time we see a group of judges gathered around a showplane on the flightline – they’re VOLUNTEERS, and they deserve our thanks.

The Judging Standards manual covers all the categories and classes judged at EAA AirVenture or at a regional or local fly-in. Of course, we’re interested in the Vintage Aircraft Association’s guidelines, and to make it a bit easier for all members to be sure they’ve kept abreast of the rules, we’ll repeat the standards verbatim here in the pages of VINTAGE AIRPLANE, along with a short discussion regarding some of the rules. Ready? Here goes . . .

The purpose of this manual is to lay the groundwork for a viable set of restoration, maintenance, and construction standards against which vintage aircraft can be judged. The philosophy of these standards must meet two basic criteria. One, the system must be simple. Two, the system must allow consistent and fair competition between common and exotic types.

Throughout these standards will be found the one concept that reflects the opinion of the majority of those individuals contacted during the development of these guidelines. That concept is authenticity. The standards are constructed to encourage the individual to complete and maintain a “factory fresh” aircraft. If the individual’s desire is to deviate from this goal for personal whim, or other reasons, the “cost of not conforming to pure authenticity is known in advance.” A portion of the guidelines pertain to the documentation of authenticity as it relates to the aircraft. The exhibitor is encouraged to prove the authenticity with pictures, letters, factory specifications, or any of the means which will alleviate the need for “judge’s opinion” in determining authenticity.

The exhibitor may assist the inspection by the judges. Judges will not remove inspection plates nor open panels without the presence and permission of the owner.

A. Antique Aircraft
An aircraft constructed by the original manufacturer, or his licensee, on or before August 31, 1945, with the exception of certain Pre-World War II aircraft models which had only a small post-war production shall be defined as Antique Aircraft. Examples: Beechcraft Staggerwing, Fairchild 24, and Monocoupe.

B. Classic Aircraft
An aircraft constructed by the original manufacturer, or his licensee, on or after September 1, 1945, up to and including December 31, 1955.

C. Contemporary Aircraft
An aircraft constructed by the original manufacturer, or its licensee, on or after January 1, 1956, up to and including December 31, 1970.

D. Continuously Maintained Aircraft
An aircraft with proof of construction by the original manufacturer, or his licensee, which has received periodic maintenance, repair, recover, and/or replacement of parts, but which has never been completely disassembled and rebuilt or remanufactured to new or better-than-new condition.

E. Restored Aircraft
An aircraft with proof of construction by the original manufacturer, or his licensee, that has been disassembled into its component parts which were then either replaced, refurbished, or remanufactured to new or better-than-new condition.