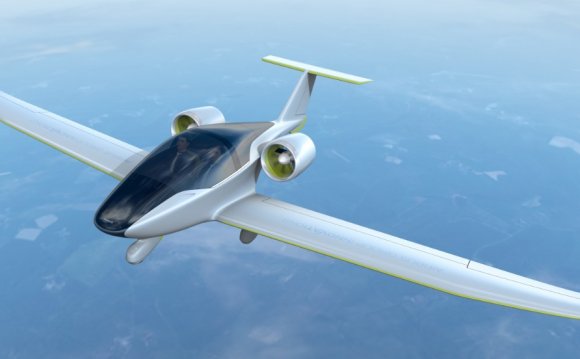 Four-seat airplanes have always been the most popular configuration in general aviation. Regardless of the number of engines or the wing location, a quad of seats guarantees any model will receive a second look by the majority of production aircraft buyers.

For this analysis, we divided our survey into three groups: fixed gear, retractables and twin models. Predictably, the fixed-gear four-seaters outnumber twins and retractables combined. The former are the simplest to build, the most economical to buy, the easiest to fly and, by far, the most popular with the pilot public. Never mind the number of pilots who could make do with two seats but buy four because...well, just because.

In total, we wound up with 20 airplanes in our four-seat survey. Contrary to those who insist that general aviation technology is mired in the past and that the glass is half empty, many of these airplanes have been built since 1990. Only one is brand-new, however—the Tecnam P2006T twin, introduced two years ago at Oshkosh AirVenture.

Cessna 172S
A reliable stalwart for over a half century, the Skyhawk has been used for everything from flight instruction and general rental to family transport. The airplane will carry four people—sort of—assuming they’re reasonably compact and not too heavy. Skyhawks are almost universally the industry’s most popular rental, a favorite instrument trainer and a good family airplane for young families. The traditional 160 hp 172R was discontinued two years ago, but the surviving “S” version features 180 hp, providing a little more climb and another knot of speed in exchange for another gallon of fuel per hour. Base Price: 1, 500.

Cessna 182
The basic Skylane is still one of the strongest modes of transport for a full string quartet, even if it won’t carry their instruments or full fuel in the process. That wasn’t always the case. Earlier Skylanes were lighter and therefore better weight lifters, but all of the type are regarded as great, jack-of-all-trades airplanes, capable of good short-field numbers, reasonable climb and acceptable cruise speeds. They’re also considered tough birds for the boondocks. In tailwheel form, the predecessor 180/185 are still among the most popular airplanes in the bush, and the Skylane isn’t far removed from those durable bush birds. Base Price: $390, 300.

Cessna 182T
If standing on tradition really means watching everyone else pass you by, you would never know it flying a Turbo Skylane. Add turbocharging to every pilot’s buddy, the Skylane, and you wind up with what may arguably be one of the most talented single-engine load lifters in the industry. The Turbo Skylane combines the standard 182’s impressive utility with the talent of turbocharging, opening up the middle sky—from 10, 000 to 20, 000 feet—to Skylane pilots. If you need an airplane to match your mountains, the Turbo Skylane may be just the ticket. Base Price: 4, 300.

Cessna Corvalis
Born as the Columbia 300, the Corvalis represents a major departure for Cessna. An original design by Lance Neibauer, it was the first all-composite and low-wing single ever offered by the Wichita company. Cessna acquired the Columbia line three years ago when Columbia went bankrupt. Cessna immediately sought approval for conversion from the Avidyne glass panel to the Garmin G1000, and today’s airplanes are all-electric machines. As is practically everyone these days, the Corvalis models are currently fighting a market headwind, but that in no way diminishes their talents. Base Price: $533, 400.

Cessna Corvalis TT
Again, a blower improves all aspects of performance, especially for pilots who need to fly high on a regular basis or leap out of tall airports. The Corvalis TT is unquestionably the fastest fixed-gear, production, piston airplane in the sky. The penalty for such brevity is a higher empty weight and slightly less payload, probably worth the price if terrain or weather forces you to fly tall on a regular basis. Base Price: $574, 000.

Piper Warrior III
Piper’s least expensive certified airplane is also its oldest. The PA-28-161 sprang from the Cherokee 160 and was essentially the same airplane with a semi-tapered wing. Like all Cherokees, the Warrior is a benign airplane, more forgiving than the Diocese of Las Vegas. Today, the Warrior continues in production as a competitor with Cessna’s 172S, though production has slowed with the economy. Base Price: $290, 000.

Archer III
Archers are both durable and lovable, and perhaps best of all, you don’t need to be a brain surgeon to fly one. The goal on the Warrior and Archer was simplicity, and that’s the airplanes’ major advantage over the rest of the world. A 180 hp Lycoming O-360 provides one of the most reliable engines in the business, and a fixed-pitch prop, strong hydraulic-damped gear and electric flaps make the Archer an extremely straightforward machine, a manifesto of moderation, well within the ability of any pilot who’s simply awake. Base Price: $299, 500.

Flight around Malta in a 2 seater plane