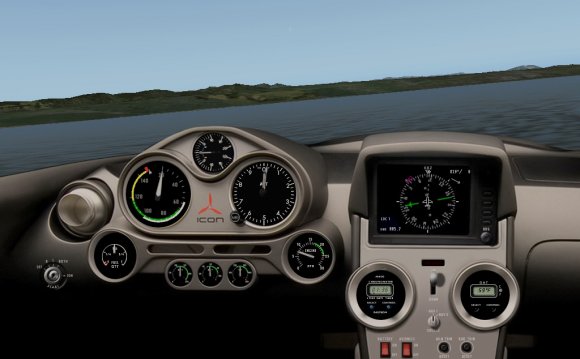 ICON Aircraft announced earlier this year that it successfully completed spin-resistance testing of its A5 amphibious Light Sport Aircraft to the standard specified by the FAA for Part 23 certified aircraft. This historic achievement will make the A5 the first conventional production aircraft to be designed to and fully meet this standard once it enters production.

Spin resistance represents a dramatic safety advancement for light aircraft that can significantly reduce accidents that occur as a result of stall/spins. Stall/spins account for 41% of pilot-related fatalities and are the single greatest cause of pilot-related fatalities (2010 AOPA Nall Report). To visually demonstrate the profound effect a Spin-Resistant Airframe (SRA) can have in preventing stall/spin loss-of-control situations, ICON flew the A5 alongside a conventional “spin recoverable” aircraft and applied the same control inputs to both in an effort to initiate spins. ICON has produced a short educational video that includes the results of this demonstration.

About ICON Aircraft:
ICON Aircraft is a consumer sport plane manufacturer founded in response to the sport flying category created by the Federal Aviation Administration (FAA) in 2004. ICON’s first plane is the A5, an amphibious sport aircraft that fuses outstanding aeronautical engineering with world-class product design. It has won some of the world’s most prestigious design awards and has inspired a global following. The company has received more than 1, 800 order deposits and delivered the first production aircraft in July 2015. ICON Aircraft’s facilities are in Vacaville, CA, 50 miles from San Francisco.

About FAA Light Sport Aircraft & Sport Pilot Classifications
In 2004, the Federal Aviation Administration (FAA) created a new classification of easy-to-fly and affordable two-person airplanes called Light Sport Aircraft. These airplanes enable a new classification of Sport Pilots to fly in lower-altitude, uncongested airspace, during the daytime, and in good weather. The Sport Pilot License focuses on the fundamentals of flying and requires a minimum of 20 hours of in-flight training, undercutting the time and cost of a traditional Private Pilot License by about 50%. The Experimental Aircraft Association (EAA) has described these new rules as “the biggest change in aviation in 50 years.”