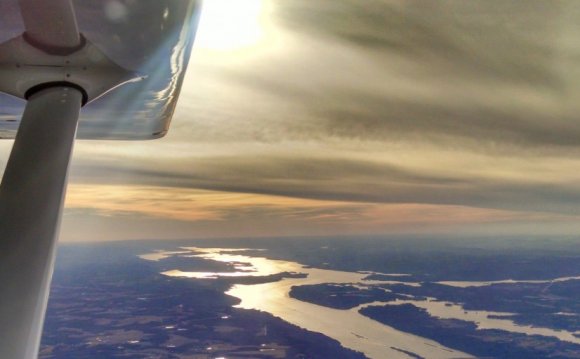 A year ago I did a blog piece here as well as a piece in the magazine about the resurrected "Lazarus Machine", Renegade Light Sport's super sexy low wing, about-to-be Lycoming IO-233-LSA-powered, all composite S-LSA.I found Renegade's prime mover Christopher "Doc" Bailey at the flashy Lycoming display and before I could say "Lightning round!" he was regaling me, as only Doc can do, with the leaps and bounds the company has made in the last year.

I'm going to serve up the rapid-fire info stream in his own words, but before I do, here's the short tell: the Falcon is done with testing, is in production, comes in two configurations, tricycle and taildragger, sells for $125, 000 with a bunch of nice features (including 10"Dynon SkyView, full Garmin stack and dual electronic ignition) and if

your mouth isn't watering yet, I'm stepping to the side and take it away Doc!

"The first production model Renegade Falcon with the Lycoming IO-233-LSA is owned by our dealer on Long Island, NY - Steve Norman. It's the airplane you see right here (and in the photos)."

"The engine is FAA Part 33 certified. The airframe is ASTM certified. We're done with R&D, we've been through a year of testing with the 233. We've tested six fuel injection systems, five electronic ignition systems (and settled on the Lightspeed dual ignition system), four different exhaust systems (and settled on the Vettermanexhaust), and three or four panel mounts. We just brought on

the Catto 3-blade, nickel-edge composite prop, we also tested Sensenich and others."

"This airplane, Steve Norman's, has everything you can get, the stuff I mentioned and dual Grand Rapids Synthetic Vision with built-in highway in the sky and autopilot; a ballistic chute, ostrich skin seats..."
Real ostrich skins? I asked.
"You bet, I'm the one who paid for them, they were real alright!"
"So many guys came up and said they'd flown Cubs and other taildraggers all their lives, and when 500 people tell you

they want that, you better take notice! So we now have a taildragger version too, with beefy, durable 7071-T6 gear for flight schools and a Matco 42-degree breakaway tailwheel."

"We've got five engines coming from Lycoming this month, we've sold six airplanes since we've been here at the s

how, we're in full production here, everything is built in the U.S., we have a new autoclave system set up by former Boeing engineers, and like I said we've come a long way in a year."
"Before the prop has turned 45 degrees, the ignition system is producing a 120, 000 volt spark and the engine starts right up like a car. We call this engine the Rotax Slayer! We're getting 305 degrees on the CHT, 1000 degrees on the EGT, so it's burning efficiently and burning cool. We're placarding max level rpm at 2400 to maintain the 120-knot LSA restriction."
"Future enhancements will include room for golf clubs, wing locker baggage, winglets for more stability, things like that."
I asked how fast it was now at full power. "You don't want me to tell you that, " he said with a laugh. "It's fast. We'll placard it at 2400 rpm for 120 knots.
Source: www.renegadelightsport.com