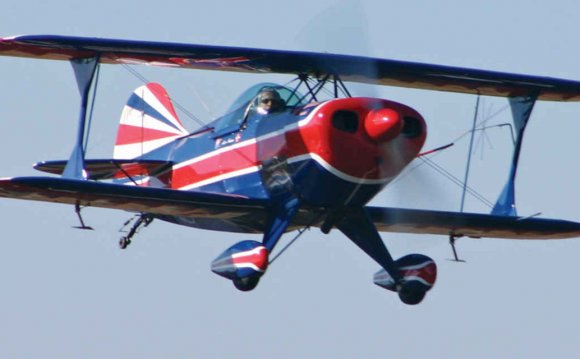 Turbulence: spiller of coffee, jostler of luggage, filler of barf bags, rattler of nerves. But is it a crasher of planes? Judging by the reactions of many airline passengers, one would assume so; turbulence is far and away the number one concern of anxious passengers. Intuitively, this makes sense. Everybody who steps on a plane is uneasy on some level, and there’s no more poignant reminder of flying’s innate precariousness than a good walloping at 37, 000 feet. It’s easy to picture the airplane as a helpless dinghy in a stormy sea. Boats are occasionally swamped, capsized, or dashed into reefs by swells, so the same must hold true for airplanes. Everything about it seems dangerous.

Except that, in all but the rarest circumstances, it’s not. For all intents and purposes, a plane cannot be flipped upside-down, thrown into a tailspin, or otherwise flung from the sky by even the mightiest gust or air pocket. Conditions might be annoying and uncomfortable, but the plane is not going to crash. Turbulence is an aggravating nuisance for everybody, including the crew, but it’s also, for lack of a better term, normal. From a pilot’s perspective it is ordinarily seen as a convenience issue, not a safety issue. When a flight changes altitude in search of smoother conditions, this is by and large in the interest of comfort. The pilots aren’t worried about the wings falling off; they’re trying to keep their customers relaxed and everybody’s coffee where it belongs. Planes themselves are engineered to take a remarkable amount of punishment, and they have to meet stress limits for both positive and negative G-loads. The level of turbulence required to dislodge an engine or bend a wing spar is something even the most frequent flyer—or pilot for that matter—won’t experience in a lifetime of traveling.

Altitude, bank, and pitch will change only slightly during turbulence—in the cockpit we see just a twitch on the altimeter—and inherent in the design of airliners is a trait known to pilots as “positive stability.” Should the aircraft be shoved from its position in space, its nature is to return there, on its own. I remember one night, headed to Europe, hitting some unusually rough air about halfway across the Atlantic. It was the kind of turbulence people tell their friends about. It came out of nowhere and lasted several minutes, and was bad enough to knock over carts in the galleys. During the worst of it, to the sound of crashing plates, I recalled an email. A reader had asked me about the displacement of altitude during times like this. How many feet is the plane actually moving up or down, and side to side? I kept a close watch on the altimeter. Fewer than forty feet, either way, is what I saw. Ten or twenty feet, if that, most of the time. Any change in heading—that is, the direction our nose was pointed—was all but undetectable. I imagine some passengers saw it differently, overestimating the roughness by orders of magnitude. “We dropped like 3, 000 feet in two seconds!”

How To Make The Worlds Smallest Paper Airplane That Flies Far

How to Make The Best Stunt Paper Airplane on Earth