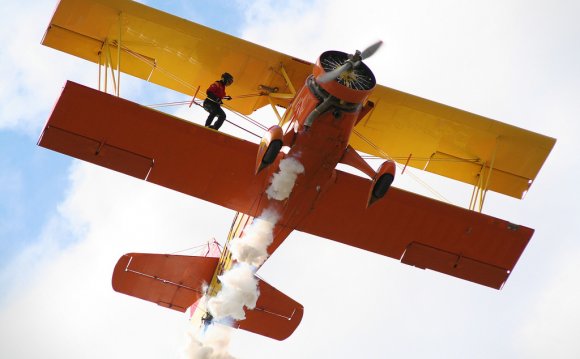 Florida Secretary of Commerce and EFI President & CEO Bill Johnson said, “The Singapore Airshow provides Florida tremendous access to world leaders in the aerospace and defense industries. In 2014, the Florida Pavilion was the largest of any U.S. state in attendance and the companies in our delegation reported total projected export sales of more than $62 million. We anticipate another successful show this year.”

The Florida Pavilion allows small and medium-sized aerospace and defense companies to cost-effectively exhibit their products. Target Sector Trade Grants are available to offset booth costs for qualifying Florida companies. Without the assistance of EFI’s International Trade and Development efforts, many of the companies would not be able to attend and, without the pavilion, they would not be as successful and efficient in reaching such a large audience.

Vice President of Sales at Loos & Co. and Singapore Airshow 2014 attendee, Phil Cox said, “The Singapore Airshow is the major aviation event in Southeast Asia. The new contacts that were made will turn into additional sales for us into this region. Enterprise Florida is the leader nationwide in promoting it’s small businesses. Without the grant we received we very well might not have participated in this event.”

Over the past decade, the economies of the Asia Pacific region have been accelerating upwards. Singapore is a major trading hub importing and exporting products from consumer goods to high technology and industrial goods for re-export to third countries. Bilateral trade in goods between the U.S. and Singapore has risen 60 percent over the past decade to more than $50 billion in 2012, underlining the benefits of the U.S.-Singapore Free Trade Agreement. In 2013, Florida exported more than $237 million of manufactured goods to Singapore.