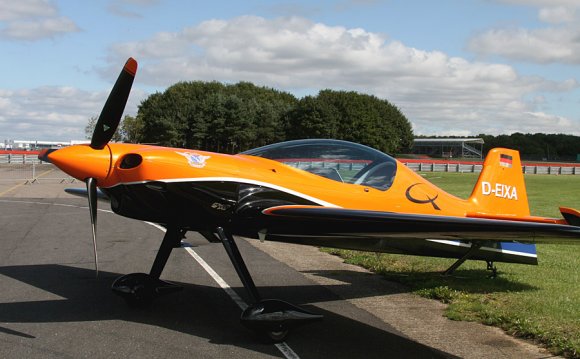 Our Staff and Associates:

oug Dugger is a master auto mechanic by trade who has been involved in recreational aviation in Sonoma County for over 30 years. He has built a number of kitplanes and now heads all of QSP's programs - in addition to also flying most of our demo flights. You'll meet Doug at all our major events and at most of the fly-ins we participate in. He'll know kit delivery schedules and can also answer all workshop and sales-related questions.

Until recently, Doug's right arm in the business was his long-time and loving wife . Sadly, Lori passed away last summer after a long and courageous bout with cancer.

Eric Peterson has an extensive background in building homebuilt aircraft. Having completed and flown numerous popular models (including his own design), he knows it when "things are done right". We are very fortunate to have Eric, a long-time Cloverdale resident, share his skills and expertise with participants in our various workshops and builder-assist programs.

Don Shaw has 50 years of flying experience under his belt: 12 years in the Air Force, 28 with the airlines, and ten since retirement. He joined EAA Chapter 124 in 1978 and completed his first homebuilt three years later: an award-winning Rutan Vari-eze at Oshkosh ’82. Don’s last personal project was the much larger all-metal Murphy Rebel. Dan is available locally for builder-assistance on any of the Zenith kit designs.

Ed Dalbec's life-long passion as well as occupation has been General Aviation. Not only is Ed an esteemed local A&P, but as a long-time flight instructor (CFII, MEI), he used to offer flight instruction right here in Cloverdale only a few years ago... Ed is now available on most weekends for Builder Assistant projects with special emphasis on Zodiac XL airframe assemblies and engine installations.

Bob Archibald is owner and manager of Dragonfly Aviation, California's oldest and most successful flight training center north of San Francisco. Bob is excited about the new Sport Pilot category and every one of his instructors is qualified to teach Sport Pilot students. Dragonfly Aviation has been using the Zodiac XL as a Light Sport trainer for many years. Call Bob for all your training, transitional and Flight review needs.

Michael, son of Chris Heintz (designer of the Zodiac and STOL series), started flying as a teenager and by the early eighties, was giving flight instruction in open-cockpit ultralights. Michael is the founder of QSP and was our General Manager until his move to Europe a few years ago, where he worked with the Zenair representatives' network there. Now that he is back at Zenair headquarters (Midland, ON)
Source: www.qualitysportplanes.com