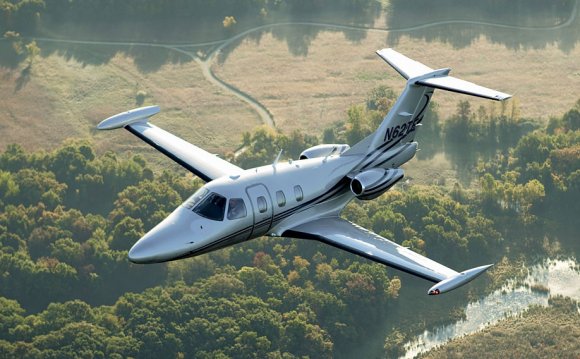 There has been much talk of a new era for supersonic aviation, ever since the demise of Concorde.

And as with many other aspects of aviation, private aviation leads the way in the commercial sector. Recently the race for the world’s first supersonic private jet is heating up once again – with the main contenders trying to outdo each other in their flight time projections.

Aerion Supersonic promises to cover London to New York in 4 hours and 19 minutes (instead of the usual 7 hours). And Spike Aerospace responded by stating that their supersonic jet, the S-512, would be able to travel the same distance in just 3 hours.

These super fast flight times are exciting news indeed to passengers who frequently make long haul flights. But getting to the point where these aircraft are a reality is somewhat slower. Supersonic jets are extremely expensive to develop and maintain, plus there are restrictions on where they can fly, limiting their commercial potential.

But every aviation fan’s dream is to see an aircraft exceed the sound barrier and have the ability to cross an ocean in just a few hours. So we ask, will we be flying from London to New York in just three hours in the years to come? Or will this remain a far-fetched reality?

Spike Aerospace say their S-512 could reduce the flight time between London and New York by 50% – reducing it to just 3 hours. This would allow for business travellers to visit another continent for a short meeting or conference, and still be back home for dinner.

The AS2 Aerion aims to have a cruising speed of Mach 1.6 and the S-512 could reach Mach 1.8. Compare those numbers to the current fastest private jet aircraft, the Citation X, which can only fly at Mach 0.935.

Given their speed, these aircraft could do a lot more transfers than conventional aircraft in the same time period – potentially bringing in more revenue if demand for them was high.

Manufacturers of supersonic jets are not just content with creating fast aircraft; they also want their aircraft to be at the cutting edge of technology, both inside and out.

NASA specifically has pumped millions of dollars into eight different research projects in its attempt to be involved with the most advanced aircraft in the world. As for the interiors, Spike Aerospace plans to replace conventional windows with large screens in a luxury cabin that will accommodate up to 18 people. (Learn more about windowless jets here)

Current research includes reducing greenhouse emissions of aircraft, improvements of aircraft aerodynamics and cabin comfort. These innovations alone could enable the future of aviation to be more efficient, economical, and environmentally-friendly.

The race to create the first supersonic jet would give an extreme advantage to the airline manufacturer that does so.

While Concorde was ultimately a commercial failure, due to its high maintenance cost, many commercial airlines were proud to show their colours on the tail of the aircraft. There is huge kudos to be seen at the forefront of aviation. The same would be true if a supersonic jet came into creation.

Innovations in environmental impact are one of the major focus areas for today’s aviation pioneers. But supersonic jets have a major impact, with increased fuel emissions when taking off or landing compared to standard aircraft.

Many aviation industry experts believe this is the biggest obstacle in the development of supersonic jets. With such a significant environmental footprint, their future is unclear.

The sonic boom sound that occurs when an aircraft exceeds the speed of sound, is another barrier for the development of the supersonic jet. This “bang” produces a major shockwave that many believe could have a serious impact on both the aircraft and what lies underneath it.

At the time of the Concorde, the majority of long flights by the supersonic jet were transatlantic flights over the ocean – minimising the population directly below the sonic boom. Today, many popular long-haul flights include flights from Europe to Asia, making it impossible for the aircraft to avoid any possible impact to people below.

Supersonic jets would need special infrastructure and knowledge to be operated properly. For landing, they need extra wide runways, which would need a review of suitable airports and government permissions.

Maintenance will also be highly-specialised, with airports and FBOs requiring a different type of expertise compared to standard, subsonic aircraft.

Research, development, construction, and the other new technologies that make these supersonic jets so innovative all comes at a cost. Private manufacturers and government agencies, are taking a risk by developing aircraft that might never be operated.

Aviation in general is increasingly becoming more and more efficient, with aircraft consuming less fuel and accommodating more passengers. Plus with the rise of electrical and solar aircraft also coming into play, supersonic jets may not be seen as a necessary technology to move the aviation industry forward.

This also brings us to the potential demand for this type of private jet. Since the basic price of a supersonic aircraft is extremely high (estimated to be around $60-$80 million for the S-512), very few individuals and operators would be able to afford such an investment.

Currently existing supersonic projects can only carry 15 to 20 passengers. So even if several people are sharing the cost of a flight on a supersonic jet, the price per person remains extremely high.

And if supersonic jets are not profitable enough, they could follow the flight path of Concorde – and be withdrawn from the market after a few years.

People In Pakistan Will Be Buying Personal Jets If this ...