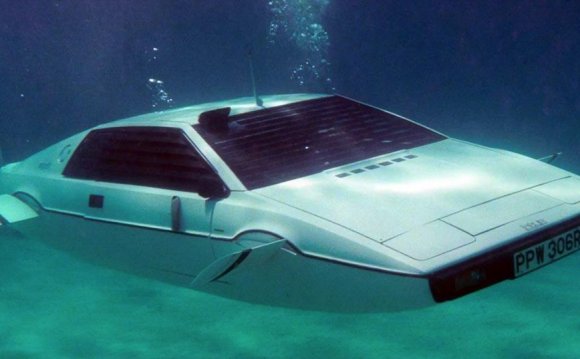 The company claims on its site that the vehicle "transforms in seconds from an automobile to an airplane" by using "existing infrastructure created for automobiles and planes."

The vehicle is gas-powered and has wings that fold, which allows it to be parked like a car, though it is nearly 20 feet long.

The company's web site features a video where the AeroMobil 3.0 drives out of a hangar and goes down a highway, sharing the road with regular cars until it arrives at an airstrip. The car then unfolds its wings and takes off from a stretch of grass, rather than a paved tarmac, and flies through the air like any other small airplane.

AeroMobil spokesman Stefan Vadocz said his company hasn't nailed down an exact price because it's not ready yet.

"The prototype is a work in progress, " he said in an email. But he said to expect the price to be several hundreds of thousands of euros, somewhere in between a sports car and a light sports aircraft.

The vehicle seats two people - the pilot and a passenger - and its single propeller is located to the rear of the plane.

The company said the car's top speed on the road is at least 99 mph and while flying is at least 124 mph. It can fly for 435 miles before running out of gas.

It can drive! It can fly! Meet the AeroMobil.

It has a steel framework and carbon coating and is powered by a Rotax 912, a four-cylinder aircraft engine from BRP of Austria.

Flying cars aren't exactly new. The concept has been around since long before "The Jetsons" popularized the idea in the 1960s. It's been a regular topic in Popular Science ever since World War I ace Eddie Rickenbacker wrote about it in 1924.

But getting a practical, reliable flying car off the ground has been a serious challenge.

Glenn Curtiss, a rival of the Wright Brothers, discovered this in 1918 when he developed the Curtiss Autoplane. It turned out to be more of a hopper than a flyer, so it failed to take off with the public.