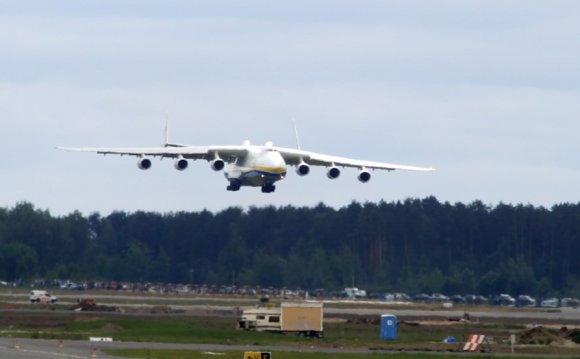 22-year-old Mussie Weinfeld most likely saved the lives of a plane full of people when she suspected a malfunction with the aircraft just moments before takeoff. Despite being mocked and ridiculed, her insistence led to the plane being grounded after a serious malfunction was discovered.

Mussie Weinfeld, 22, a member of the Crown Heights community, was scheduled to return from a trip to Israel, where she spent the holiday of Passover.

Her father, Rabbi Kalman Weinfeld, related the story to CrownHeights.info:

“My daughter was scheduled to return to New York on Motzai Shabbos from Israel with a stopover in Moscow on Russian airline TransAero. She boarded her flight at Ben Gurion Airport and was seated at the window.

Moments before takeoff, she realized that something was not right with the wing and heard noises that she believed were not regular noises. She first brought this to the attention of the passengers seated beside her, who in turn laughed it off and said it was just noise from the engines.”

Not deterred, she persisted, unbuckling her seatbelt and standing up. The flight attendants, who themselves were already seated and buckled in, instructed her to return to her seat. When she told them her concerns about the plane they too laughed at her. She insisted that she will not fly on the plane if they didn’t check it out.”

After shouting and threatening her, airline officials finally relented and went to investigate her concern.

After returning to the gate, a ground crew began checking over the airplane. At first they said it would be 45 minutes, but nearly two hours later they removed all the passengers from the aircraft, telling them that it did indeed require repairs.

An additional three hours later, the passengers were notified that a replacement plane would be necessary, since the problem was far more severe than originally discovered. Passengers were sent home and told to return the following day.

The issue was so severe that the plane, a Boeing 767, had to be grounded due to the fact that it could have had a mid-air emergency that would have threatened the lives of all those on board, airline officials explained.

The relieved passengers – many of whom had originally expressed irritation at the woman who caused the prolonged delay – came over to her and profusely thanked her for saving their lives.

Update: The Israeli Airports Authority responded to our request for comment after publication with the following statement: “Shortly before takeoff the pilot requested to return to the gate due to a technical issue, after checking it was decided to keep the plane in Israel for service.”

flygc.info - How to Buy a Used Airplane