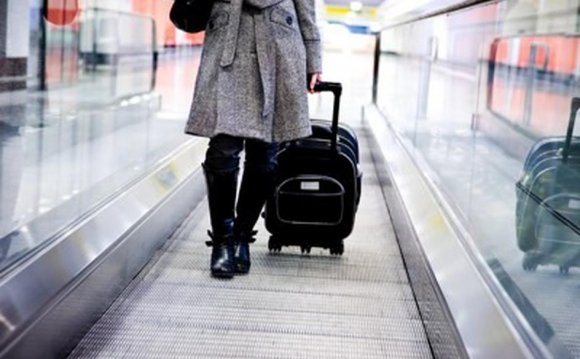 The vertical passenger seat - or "standing cabin" - may be the next big cost-cutting move in aviation, according to a new report whose author says the concept could be here within five years.

"I stumbled across the idea when I was looking (into) ways to reduce the flight ticket price, " Fairuz Romli, who authored the report published in the IACSIT International Journal of Engineering and Technology, tells CNN by email.

Romli, an aerospace engineering professor at the Universiti Putra Malaysia, says his motivation is to lower the cost of air travel to a level competitive with buses and trains.

Using the popular Boeing 737-300 as an example, his study calculates that a standing cabin would lead to a 21% increase in passenger capacity while dropping ticket prices by as much as 44%.

"I'm a frequent flier and most of the times during domestic flights, it feels like the flying time is very short that the aircraft is already descending for landing before you can unfasten your seatbelt after takeoff, " he says.

"Hence the big question came to my mind: in such a short duration of flight time, do we really need to sit down?"

Could, and should, this be replicated in the air?

Romli quickly discovered that the idea had already been researched - most notably by Airbus, China's Spring Airlines and Ireland's Ryanair.

The SkyRider (pictured top), developed by Aviointeriors S.p.A. and unveiled at an expo in 2010, is a perching saddle, while Ryanair once flirted with the idea of a "flat-padded backboard" with a seatbelt over the shoulders.

In 2012, Ryanair CEO Michael O'Leary floated the idea with his characteristic bluntness: "The problem with aviation is that for 50 years it's been populated by people who think it's a wondrous sexual experience when it's really just a bus with wings."

However, a spokesperson for Ryanair tells CNN that the airline has since abandoned its vertical-passenger plans.

"We have no plans to trial or introduce standing flights, " says the spokesperson.

"There are very stringent requirements for the aircraft and the passenger seat to meet before the aircraft or the configuration is certified to carry passengers, " a spokesperson tells CNN.

"This novel standing-room design and the mentioned restraint system are early concepts. It may take much time for them to materialize."

Manufacturers have also expressed doubt about the concept's feasibility.

Ryanair CEO Michael O'Leary once flirted with the idea of standing cabins. And charging passengers to use the toilet. The airline hasn't followed through with either idea.

"We don't believe there are good market opportunities for this idea, " says Mark Hiller, CEO of Recaro Aircraft Seating, one of the world's major suppliers of commercial airplane passenger seats.

"From our point of view, passengers will not accept to travel that way. Even if such a seat would pass certification tests, we would see it as a great sacrifice for passengers in terms of comfort and living space, even for very short flights."

Romli, whose report contains some intriguing designs for vertical seats, thinks the concept still has legs.

"The idea seemed to be nixed before it was properly analyzed because I couldn't find any published study about it, " he says. "After some initial study, it appears that this is not a bad idea after all and has some potentials to be highlighted."

His study concludes that while savings increase as distances get longer, the concept is best optimized on short-haul flights, with tolerance for standing depending on the age and health of individual passengers.

"I've seen people stand on buses and trains before throughout a journey of maybe close to an hour, " says Romli. "So if that's possible, then standing on an aircraft (shouldn't) be a far-fetched idea.

"If the option available to reach my destination is either sitting on a bus or train for six to seven hours or standing for an hour and half on an aircraft, I believe there are many people who would opt for the latter if the flight ticket price is reasonably low."

Romli admits his concept is likely to be greeted with skepticism, not least from aviation safety authorities who would have to sign off on the concept.