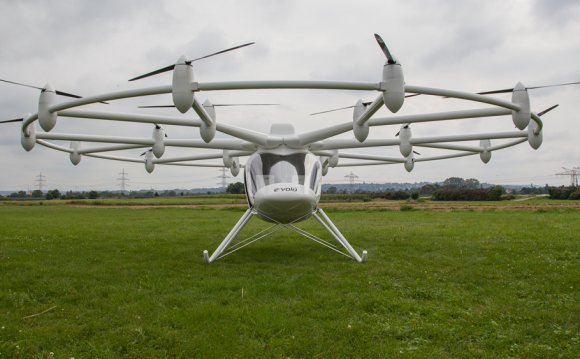 Students at the National University of Singapore (NUS) have built a multicopter which they hope will become the first ever personal flying machine. The electricity-powered aircraft is capable of vertical take-offs and landings.

The multicopter is controlled by one person, but could also transport a whole group. The vehicle has been constructed by a team of students under the auspices of FrogWorks, a collaboration between the NUS Faculty of Engineering’s Design-Centric Programme (DCP) and the University Scholars Programme (USP) for a year.

“Designing and building Snowstorm was a great learning opportunity for us, ” Shawn Sim, a third year NUS Engineering student, said.

“The toughest part of this engineering challenge was ensuring a good thrust to weight ratio to allow the craft to lift a person into the air. At every stage of our design, we constantly had to balance and consider trade-offs between the types of materials, their characteristics and weight. In some instances, we even 3D-printed parts, such as our landing gear mount, just so we can have a customized and optimal fit, ” he added.

The Snowstorm has 24 motors, each with 2.2 kilowatt power. Every one has a propeller with a diameter of 76 cm. The multicopter’s hexagonal frame is made of anodized aluminum beams, carbon fiber plates and tubes with Kevlar ropes.

The team has also created a system of remote controls which allow for the landing of the machine from the ground in the event that the pilot loses control.

However, the Snowstorm is just a prototype which is so far capable of carrying just one person of up to 70 kgs in weight for about five minutes. So, the team believes it is right now a recreational device rather than built for transport.

“A common trope in popular science fiction is the projection of humans flying on our own – think the Jetsons, or even Back to the Future. NUS’ Snowstorm shows that a personal flying machine is a very real possibility, primarily as a means to fulfill our dreams of flying within a recreational setting, ” Dr Joerg Weigl, one of two supervisors of the project, said.

The team is going to continue it work on the project – its mechanical safety measures, propeller and motor configurations as well as control software – hoping that the improvements will bring the Snowstorm closer to commercialization.