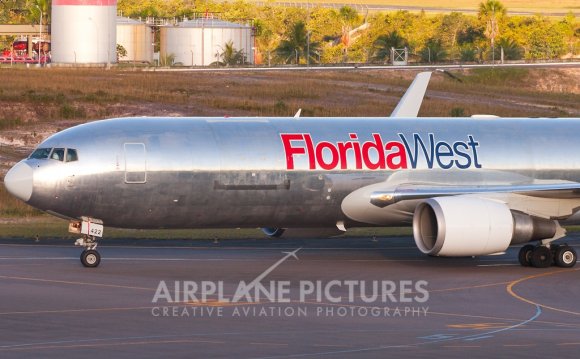 TALLAHASSEE — The first campaign promise Gov. Rick Scott kept allows him to travel with the privacy and luxury of a CEO while living in the fishbowl of public office.

As a candidate in 2010, Scott said it was a waste of money for Florida to have two airplanes for official travel, so he replaced them with a private jet at his expense.

The switch has saved taxpayers a lot of money, but how much is a mystery: No public airplane means no public records.

Scott's air travel reflects not only his wealth, but his preference for stealth. Despite his oft-stated support for transparency, Scott keeps his flight itineraries off tracking websites and even blacks out arrival and departure details on official schedules after the fact, citing the need for security.

He also uses the jet to campaign for re-election and may be literally flying above the law.

Other candidates must pay for commercial flights or hop aboard private jets owned by donors — trips that must be publicly disclosed under state campaign finance laws.

The hospital CEO-turned-governor flies in a Cessna Citation Excel owned by a company whose only officer is his wife, Ann Scott. The jet's tail number carries her initials, A.S.

Having access to a private jet 24/7 is a luxury other candidates can't afford, and some experts say it requires more disclosure than Scott is providing.

Neither Scott's campaign nor his political committee, Let's Get to Work, list any expenditures for use of the 6-year-old, 12-passenger aircraft purchased last year.

In recent months, Scott has flown on the jet to campaign trips in Miami, Fort Lauderdale, Tampa, Orlando and other Florida cities, and to out-of-state destinations such as Pasadena, Calif., in January to raise campaign money while watching Florida State win the college football national championship.

"The use of the plane is an ongoing expense that can be reported periodically, " said Greg Blair, a spokesman for Scott's campaign. "Our campaign will periodically pay for and report the expense of all air travel in our expenditures, which are available online. Recent travel is included in our upcoming expenditure report."

The next report is due Thursday.

Even Scott's administration says the law requires more frequent reporting of expenses than the campaign says is required.

Brittany Lesser, a spokeswoman for the Division of Elections in the Department of State, said expenses must be publicly disclosed in the month in which they occurred.

"Monthly reports shall include all contributions received and expenditures made during the calendar month which have not otherwise been reported, " Lesser said.

State campaign finance laws require candidates to report contributions and expenses by the 10th day of each month for the preceding month.

Scott opened his re-election campaign Dec. 10, 2013, and has made dozens of campaign flights since then, but he has disclosed no air travel expenses.

Two lawyers who are experts in election laws say Scott is not complying with the letter or spirit of Florida's "who gave it, who got it" campaign finance law. Both lawyers are Democrats who have advised Democratic and Republican candidates.

"You have to account for it, " said lawyer Mark Herron. "Otherwise, it could be an unreported contribution to your campaign."

"To do so would mean that a campaign could accept all kinds of services and simply not write a check to pay for them until the end, " Meyer said. "Not exactly a transparent way of reporting who gave it and who got it."

Nancy Watkins, a Tampa certified public accountant who often advises Republicans, said tax law could be interpreted such that Scott's use of an aircraft owned by a firm whose sole officer is his wife makes it personal transportation — the same as riding in a car — and not reportable as a campaign expense, or what's known in the tax code as a disregarded entity.

She said state law should be clearer on aircraft use.

"Our campaign finance laws do not define most of this stuff, " Watkins said. "This is absolutely a lawyers' battle."

The Scott aircraft is owned by Columbia Collier Management, a Naples limited liability company. Corporate records list Ann Scott as company manager. Until 2013, the LLC was listed as a unit of Richard L. Scott Investments, a company owned by the governor.

In his 2010 campaign for governor, Scott disclosed $280, 000 in 11 separate payments for travel and accounting to the company listed as the aircraft's owner, then called Columbia Collier Properties, with Ann Scott as its sole official.

Scott's campaign did not explain why he's not reporting similar expenses in this race.

By using a private jet for his official travel, Scott has saved Florida taxpayers plenty of money — but how much remains a mystery. The governor's office said it could not comply with a Times/Herald request for the costs to operate and maintain the jet because it had no such records.

Since he entered the campaign in November, Crist has listed 41 payments for commercial flights and 13 in-kind contributions from nearly a dozen donors' jets totaling more than $10, 000, including from South Florida businessman Harry Sargeant, Sarasota chiropractor Gary Kompothecras and Houston trial lawyer Steve Mostyn.