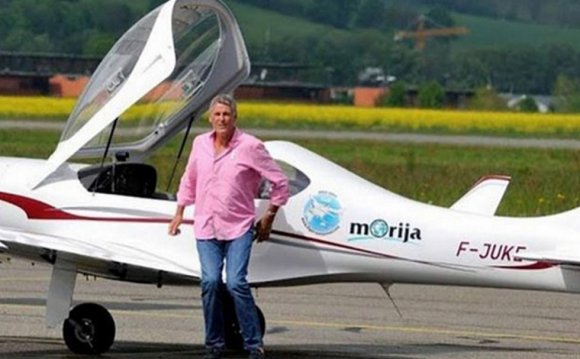 Friedrichshafen (Germany) Blackshape awarded by foreign press: Prime best airplane in the world in 2013 in the category Ultralight

After obtaining the tough German certification and the growing interest of the worldwide press, for the Blackshape Spa comes one of the most coveted awards: the Flieger Magazine Award for best airplane in the world in 2013 (Ultralight Category).

The award was presented as part of the Messe Friedrichshafen, the most important event for European producers of the aviation industry. The Blackshape Prime, two-seater airplane made entirely made in carbon fiber produced in to on production plant in Monopoli (Ba), has been recognized the best airplane in the world in 2013 in its category. Blackshape, is part of the holding, Angelo Investments, an investments found specialized in investments in high-tech SMEs belonging to Cav. Vito Pertosa, it is claimed, therefore, as one of the protagonists of the international aviation scene.

“The Airplane” we read in the award motivation “is an absolute novelty both in terms of technology and in terms of performance and flight characteristics as well, the Blackshape has been shown to achieve the highest standards in the world in just two years with an innovative and inspired by the most advanced technologies of the industry.”

Great satisfaction was expressed by the head of the company, in particular by the CEO Luciano Belviso: “We dedicate this award to our workers first and foremost, contributors and collaborators of Blackshape that for two years working hard to bring up the name of the manufacture and Italian technology in the world. Today – continued – we are even more proud of our work, because 100 independent journalists from around the world give us this wonderful recognition, and we deliver it just in Germany where we recently certified to the most stringent requirements. a strong responsibility to do even more and even better to continue to hold high the name of our technology and our industry.”