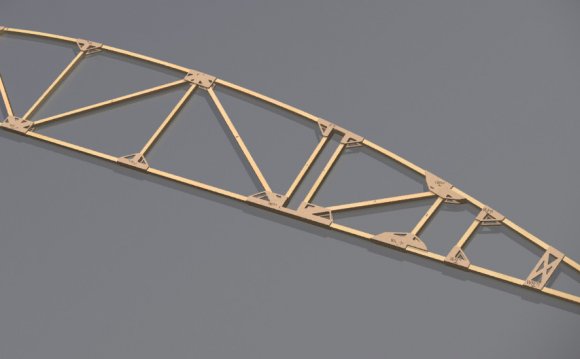 A lot of that is chewed up baloney.

I can’t clarify every issue that’s out there — and I want to establish some positive vibes for a few of the engine manufacturers that still stand strong today — and I want to precisely distill what I’ve found with the Polini Thor 250 into this small collection of words and photos.

First, the background vibes on the current crop of engines. They are good engines. Each has positives and negatives.

— Hirth is making an exceptional 50HP engine — the F23. It is what I refer to as a stump-puller. It has incredible low end torque and is ideal for ultralights with a lot of drag and a need for acceleration and power. It yanks our Belite Sealite floatplane out of the water, even in hot and high and calm conditions. It makes runway length an optional requirement. It is reliable; it is available with electric start, fuel and oil injection, and it is a great value for the money. We’ve sold a fair number of them; but it is too much engine for many of our customers. And it uses a lot of gas (think a mininum of 3.5 GPH; 4 might be more realistic.)

— 1/2VWs continue to be the ‘go-to’ engine for pilots who want four strokes. They don’t have a lot of bottom end torque, but they do have a great reputation for easy to service, reliable operation with a low fuel burn. They are heavy, and ultralight customers fight the tradeoff between weight, legal FAR part 103 operations, and the classic boxer look (which these engines share the Hirth F23). They are a great choice if you are comfortable with the weight and can stand a little longer takeoff roll.

— Compact Radial Engines (CRE) continues to provide the MZ-201 (baby brother to the MZ-202 helicopter workhorse engine.) I’ve always enjoyed the E-ticket thrill ride associated with an MZ-201 takeoff. (Any early Disney theme park fans in reader-land???) The MZ-201 is economical; relatively smooth running; and a jolt in the butt when you hit the throttle.

But for the average Joe, these engines are just a little marginal. Consider:

— The F23 from Hirth is too much power and too high fuel consumption.
— The 1/2 VW is very heavy, and not a great performer in climb.
— The CRE MZ-201 is a little harder to cool, fairly smooth, but not very up to speed on current engine technology.
— And if you’ve noticed that I haven’t mentioned Rotax, it’s because they haven’t pursued ultralight engines in years; they’ve discontinued engines; and they have found a gold mine in ‘912’ and ‘914’ class engines. That’s where their heart is. Leave them alone. Let them be.

If I was to dream about a very small aircraft engine, I’d make up a wish list with improvements on all of the above engines. The wish list would be this:

— The engine must produce an honest 35+ HP.
— It must be very lightweight.
— It must be from a major engine manufacturer. No startups, sorry.
— It must be smoooooooooooth. Like a 4 cylinder GA engine.
— Dual ignition. It’s got to have it.
— Reliability. I’ve got to be comfortable flying cross country in it.
— Fuel economy. I want to be able to loiter at 2 GPH, so that my 5 gallon fuel tank will give me 2 1/2 hours of fun. (Or 2 hours with a 30 minute reserve, to be a little more conservative.)
— It needs to look good.

I found that engine. It was from a major engine company called Polini, made in Italy to Italian standards (think recent vintage Ferrari), and it met every requirement I’d listed.

I was at the Aero-Expo in Friedrichshafen Germany, wandering around the exhibits of the various companies. I walked by a booth and was stopped by a row of engines which looked like they were the right size to be ultralight aircraft engines. One in particular caught my eye: it had dual ignition, a water jacket over the cylinder (water cooled!), gear reduction, a very small size, and the information showed that it developed 36.5 HP (27300 Watts). The indicated weight was less than 50 pounds! And it had an internally counterbalance shaft, for smooth running!

After a few months of reflection, I ordered one of the engines as a big test. Would the weight indications be accurate? Would the horsepower be real?

The engine arrived; we pulled it out of the box; and it looked like this:

It had been packed into a shipping box, whilst mounted on a steel frame. Sweet. I’d never seen anything like that before.

It had the following goodies in the box:

— a starting battery
— machined aluminum engine mounts, with rubber bushings
— a pre-wired electrical panel, with an engine start switch and dual mag controls (more on that later)
— a radiator (more on that as well)
— all the hoses, bolts, washers & nuts
— propeller hub plate

The engine installation was straight forward; a few weeks later, we had it installed on our ProCub Lite demonstrator airplane. We chose to machine up a couple of extruded rectangular cross bars for the engine mount; if we weren’t into making so many lightening holes in our engine mount it would have gone even quicker. The photo below shows the engine mount, along with the impressive Polini fit & finish, all on our ProCub airplane.

One day while I was hanging around at the shop, I decided to test the strength of our Polini motor mount by resting nearly 250 pounds of engine and human blubber on the mount. I formally documented the results in the following picture:

And I should note a few things about the process of getting the engine mounted on our airplane. Machined aluminum standoffs were included, along with rubber bushings. We just bolted those to our engine mount. You can see them in one of the photos. (Albeit with a caution: ALWAYS install a heavy safety wire or strap in case a bushing breaks. And change your bushings out every year, when you annual your airplane. [You DO annual your ultralight, don’t you?])

The electrical harness came with the engine. We bolted the control box below our existing panel on the left hand side.

We didn’t use the battery which Polini had packaged. Being Lead-Acid, it was too heavy and archaic for such a svelte airplane or engine. We upgraded to a Lithium starter battery, packing more cranking amps and less weight.

I wanted a conventional throttle (push to apply power), so I engineered a reversing connection on the throttle cable. Push to increase power; pull to go back to idle.

The propeller we chose was a Powerfin 3 blade, “B” type with machined aluminum hub. The diameter is 54″ on this beautiful propeller. It has proven to be a perfect companion to the Polini.