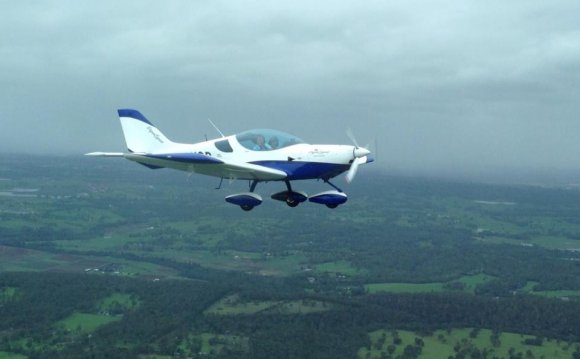 No other aircraft explores the limits of the Light Sport category more than the Carbon Cub SS.

It can land (and takeoff) in patches that you thought were accessible only to helicopters and hikers. And it does it with the grace, confidence and control that are Cub hallmarks.

If you thought that Light Sport was just for budget-minded beginners or for veteran pilots stymied by FAA Medical Certificate Requirements, you simply must fly a Carbon Cub SS.

The Carbon Cub SS is a thoroughly modern, high performance airplane that has taken the fundamentally superior design of the Piper Super Cub and reinvented it using 21st Century materials (such as carbon fiber) and computer-aided design technology.

Superior engineering results in the Carbon Cub SS having 50 percent fewer parts and being 250 pounds lighter than a similarly equipped Super Cub.

Mounting a lightweight 180 horsepower* engine to this airframe results in a horsepower-to-weight ratio of 0.1364 or just 7.33 lbs/hp (compared, for example, to a Cessna 172R's 15.33 lbs/hp). That results in a sea level climb rate of 2, 100 feet per minute (compared to 650 fpm for a 172) - a deck angle that inspires involuntary expletives. No other LSA takes off or lands in a shorter distance, with better low speed manners.

Simply put, you simply must fly this airplane to believe it.

Safety is a top priority in the design and construction of the Carbon Cub SS. The aircraft is inherently safer due to its extraordinarily slow stall speed. To the fundamentally sound wing shape we've added a line of vortex generators, which significantly increase low speed maneuverability.

The airframe, while lightweight, is super-strong, and forms a protective cage around the occupants. It has been tested to greatly exceed the requirements for Light Sport Aircraft. And while LSA rules allow load testing via computer simulations alone, CubCrafters instead tests using lead weights and hydraulic pressure.

In the cabin, the reinforced harness attach points are actually the strongest parts of the airframe. Even the pilot's carbon fiber seat was designed for protection as well as comfort. The latest, 2nd generation Amsafe airbag harnesses are available as on option.

Should there be any circumstance that results in low voltage, SMARTmonitor© will visually alert you with information on the affected system.

visually alerts the pilot and provides pertinent information on any low voltage issues in the electrical system.

The Carbon Cub SS is a POWERFUL airplane. It has no equal in takeoff and landing performance. Take off in two or three lengths of the airplane when you are light, and four or five at gross weight! Speaking of performance, this plane will climb at over 2, 100 feet per minute at sea level and still be climbing at over 1, 100 feet per minute at 10, 000 feet. Level off at 7, 500 feet in less than five minutes after takeoff! Cruise at or near the speed limit for LSA aircraft, even with 29" tundra tires.

This power and performance is matched only by the airplane's nimble handling and slow speed manners. The fun factor is off the chart. Whether flying around the patch, camping or more serious flying, the Carbon Cub SS will always deliver!
Source: www.cubcrafters.com