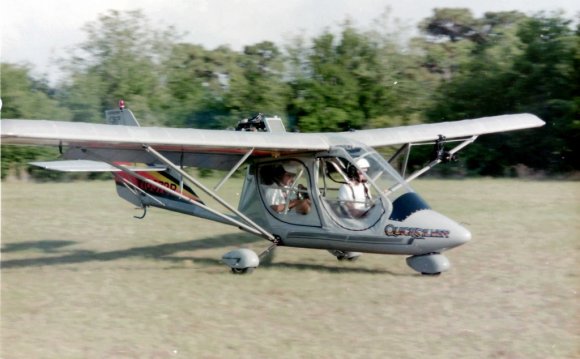 Building your own homebuilt aircraft means dedicating a huge amount of time, perseverance and resources into your personal project. Do not think that this can be done without too much trouble, it will not. It will take a lot of effort, time and dedication to finish.

When your project is finished and knowing that you are the one that has built this with your own two hands, the smoking start of the engine running for the first time, initial taxi and test runs and then the exiting first flight before flying off between the clouds into the sunset...makes it really all worth your while!

We are going to discuss issues as purchase cost, avionics, tools and an insurance. Eventually you will want to buy an engine and a choice needs to be made on which type: AVgas or diesel and the power rating you wish.

More power usually translates into a heavier engine and higher fuel flows so that long range tanks might then become an option for you. Keep in mind that useful load will suffer with more fuel on board.

Realize that there is no such thing as the very best experimental aircraft. It has to do with your expectation of looks, useful load, type of engine, flying range and all of that. Its quite personal and sometimes a combination of compromises.

Before we dive into this fascinating subject lets establish some definitions about homebuilt and experimental aircraft as they need not be the same type. It all depends a little on your point of view.

Also known as amateur built or homebuilt aircraft and they are constructed by persons for whom this is not a professional activity. This is not to say that these builders do not build their projects professionally, they absolutely do and create a beautiful piece of work, art sometimes.

In generic use, this is an vehicle that has not yet been fully proven in flight. Often, this implies that new aerospace technologies are being tested on the airplane, though the label is more broad. It is also a specific term referring to airplanes flown with an experimental category airworthiness certificate (also issued for homebuilts).

The term is often mistakenly used to mean homebuilt too. While all homebuilt airplanes are experimental, there are many types of these machines that are not home or amateur built, e.g. the Space Shuttle.

Light Sport Aircraft (US only)

The Federal Aviation Administration has defined these machines (LSA) as an airplane with a maximum gross takeoff weight (MTOW) of less than 600 kg (1, 320 lb) for land planes and 649 kg (1, 430 lb) for sea planes with a maximum airspeed in level flight of not more than 120 knots (222 km/h), and a maximum stall speed of 45 knots (83 km/h). Other limitations are: maximum of two seats, fixed undercarriage, fixed pitch or ground adjustable propeller and a single reciprocating engine.

The FAA has published a document which describes the certification process and operation of amateur-built aircraft in the US, but its a good read for anyone wishing to build one.

You will need a Sport Pilot certificate to fly a LSA. Which is easier to obtain than a conventional recreational, private or commercial pilot license required for normal certificated airplanes. LSA's also have less restrictive maintenance requirements and can even be maintained by their pilots and/or owners.

LSA's can be compared to advanced European ultralights. Most LSA manufacturers have been selling their products as ultralights in Europe for some years now. Piper Aircraft once sold the Czech Sport Aircraft (CSA) Sport Cruiser as the Piper Sport and Cirrus has done the same thing with the SRS but also has suspended the program.