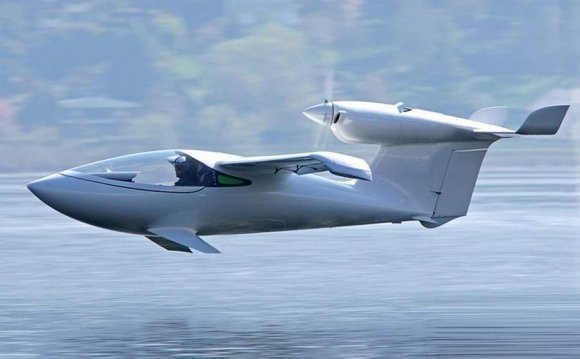 Forget those old silver airstream campers, the ICON A5 is the future of versatile travel. With this amphibious airplane’s foldable wings, you’ll be able to fly, boat, and camp all in the same weekend.

Although personal aviation designs are a dime a dozen for some lucky people, the ICON A5 stands out as one of the safest personal aircrafts on the market today. In fact, thanks to its “spin resistance” feature, the aircraft earned received a Light Sport Aircraft airworthiness certificate from the FAA.

The dreaded spin is responsible for 41 percent of all pilot-related fatalities so the A5’s resistance feature is quite significant. “The plane is very forgiving if the pilot makes a mistake, ” Kirk Hawkins, co-founder of ICON told Inc. “The plane will give you all the warning signs, but if you stay in trouble the plane will not lose control and will not drop out of the sky.”

In addition to its impressive safety feature, the A5 really is the ultimate in getaway transportation. Once you’ve taken it on the water and soared through the air, its wings can be folded up so that the craft fits into a camping trailer. Anyone interested in taking this little beauty for a spin, float, or flight will still need their pilot’s license. But don’t worry, that’ll only set interested buyers back a two-week $9, 500 course. Of course, that’s on top of the $197, 000 price tag for the plane.