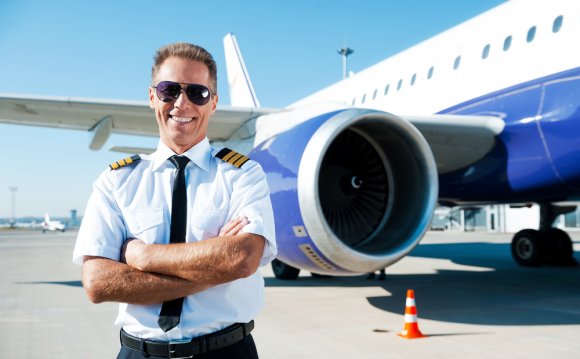 Aero Club officials, nervous at the prospect of approving a flying license for a female, suffered through a brief siege of soul-searching before taking the historic step. In those early years of the 20th century, women were simply not supposed to step out of character by knocking on the doors of new fields of endeavor. Female invasion of such a maledominated pursuit as aviation seemed especially questionable.

However, there was no escaping the fact that the fair Harriet had indeed done her homework and met the requirements of the day. Instructor Andre Houpert of the Moisant Aviation School at Nassau Boulevard, Garden City, Long Island, N.Y., had soloed Quimby after 33 lessons spanning four months and involving 4 1/2 hours of flight in a 30-hp Blériot-type monoplane. At that point Quimby decided to try for her license.

Her review board consisted of two judges from the Aero Club, the licensing agency in the United States under authority of the Federation Aeronautique Internationale. To win her license, she had to land her plane within 100 feet of where she left the ground. Her first attempt fell short, but on the next day she set her craft down only 7 feet, 9 inches from the mark, and qualified for the coveted certificate. She thus became the second woman in the world to receive a pilot’s license, the Baroness Raymonde de la Roche of France having received hers in 1910.

A newspaper account of the day noted that the Aero Club, despite its misgivings, ‘was forced to make the award owing to the splendid flying being done daily at Nassau Boulevard.’

Who today knows anything about Harriet Quimby and her tragically short life? Very few. A syndicated news columnist wrote: ‘No one remembers Harriet Quimby. Its as though she never existed.’ The column, a touching tribute to Quimby, stirred a few memories among the senior set, but its brevity left most questions unanswered. For some, there remained the nagging thought that Quimby deserved more than a few fleeting words of rememberance and then oblivion once again.

Harriet Quimby is remembered and has not been, as the columnist feared, ‘thrown out with the old newspaper clips.’ She lives, first, in the pages of a dozen or more encyclopedias and aeronautical histories, not only as this nation’s first licensed female flier but also as a talented writer and drama critic. She lives as the first woman to fly an airplane across the English Channel, and as a fearless young woman of high ambition, intelligence, personality and beauty. Still, the references to her tragic end — a horrifying accident in the summer of 1912 — seem sketchy and inconclusive.