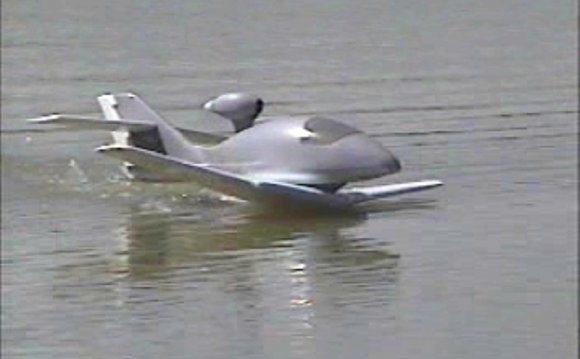 But now the U.S. Army Corps of Engineers is investigating whether any of the five 160-foot-long concrete ramps - with strafing and bomb marks still visible from the Dec. 7 attack - are up to the task of supporting landing craft use and amphibious operations.

Dan Geltmacher, the Marine Corps Base Hawaii range and training area manager, said visiting units have asked for years to use the seaplane ramps to load and unload the LCACs. None of the hovercraft are based in Hawaii.

"It has taken me this long to get a study done to determine whether or not those things are sound enough to support the weight of an LCAC, " Geltmacher said in a Marine Corps-produced news story. "I'm hopeful that we will be able to designate at least one ramp as our LCAC loading area because it would give our Marines another option during their amphibious training."

Geltmacher said beach conditions sometimes make it hard or impossible to land, and a seaplane ramp would be useful.

"We don't have training facilities designed to help support operations like they do at (Camp Pendleton, Calif.; Camp Lejeune, N.C.) or Okinawa, where they have and use them quite often, " he said. "However, it just so happens that a seaplane ramp from World War II looks a lot like an LCAC ramp."

There are five concrete ramps leading from the old seaplane docking area into the waters of Kaneohe Bay, the Army Corps said. In 1939 the Navy acquired 464 acres of the Mokapu Peninsula for use as a strategic seaplane base for long-range reconnaissance flights to be carried out by PBY Catalina patrol seaplanes.

A year later the Navy owned the entire peninsula, the Army Corps said. The seaplane ramps were completed prior to the Dec. 7 attack. The ramps face Kaneohe adjacent to hangars 101, 102, 103 and 104, the Marine Corps said.

The nearly 92-foot LCACs, which can carry a 60- to 75-ton payload at speeds of more than 46 mph, are known to be noisy, but Capt. Tim Irish, a base spokesman, said, "It would not be a dominant noise contributor to our noise profile on the active airfield."

A 1998 report in Historical Archaeology by Hans Van Tilburg, Bradley Rodgers and Wendy Coble stated that many of the 36 PBYs from three squadrons at Kaneohe Bay were parked wingtip to wingtip. Others were moored in the bay.

"The preemptive strike on Kaneohe Bay, with its ungainly air fleet, a full 10 minutes before Pearl Harbor came under fire, underscored the strategic importance of the seaplane base, " the authors wrote. "Japanese commanders were fully aware that the PBY flying boats at Kaneohe Bay comprised the eyes and ears of the U.S. Pacific Fleet. A successful attack on Kaneohe was the only way to ensure that the raiding task force could escape detection and eventual counterattack."

In December, the National Oceanic and Atmospheric Administration released new photos and video of the wreck of a PBY-5 that's in three large pieces in 25 to 30 feet of murky water between the base hangars and Coconut Island.

"This PBY-5 was doubtless one of the first planes to be strafed by the Japanese fighter planes and probably caught fire within minutes of the attack, " the 1998 report said.

Van Tilburg, a maritime archaeologist with NOAA's Office of National Marine Sanctuaries, said it would be nice to have an "avoidance area" around the "relatively fragile" PBY site with any LCAC use.

A new seaplane demonstrated at Port Washington in New York ...