Cost of a Small airplane 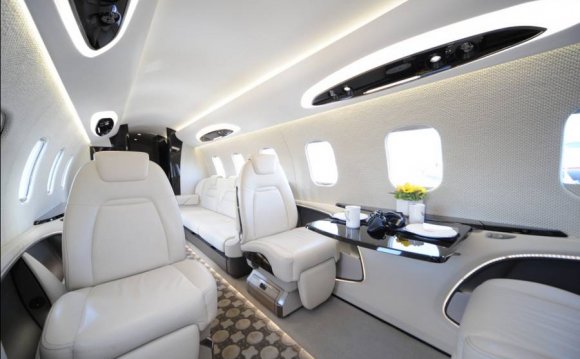 The price of new general aviation airplanes has raced far ahead of inflation over the past 30 years. A number of models such as the Beech A36 Bonanza have been in continuous production over the period so it’s possible to see that airplane prices have escalated at two, three or even more times the rate of inflation.

I was at the old Reading Air Show in 1977 when Beech brought its first $100, 000 Bonanza to the show. It was a V35B loaded with every option anybody could think of at the time. Old timers shook their heads in disbelief that a Bonanza price had gone up 1, 250 percent in the 30 years since the airplane was introduced at $8, 000.

I looked at an online inflation calculator that uses the consumer price index and it showed that the $100, 000 Bonanza in 1977 would cost about $380, 000 today if only inflation is considered. The reality is the A36 now costs about twice the inflated number.

The reason new airplane prices outstripped the rate of inflation is because the more expensive airplanes are what pilots will buy. Manufacturers are not dummies. They build what sells.

One of the most extreme cost savings plans was from Mooney years ago when they offered a fixed gear version that could, at least in theory, be converted to a retractable later. It was a sales fiasco.

Cessna, always the master marketer, offered the 120 in 1945. It was a more basic version of the 140. The 120 lacked capability such as an electrical system and starter and rear windows. The more expensive 140 out sold the 120 several times over, and most 120 buyers opted to add the missing capability as options.

Later, when Cessna introduced the turbocharged version of its 210 sales of the turbo skyrocketed leaving the naturally aspirated version way behind despite the increase in price for the turbo. When Cessna introduced the Skylane it was a more expensive version of the 182 that was still offered. The Skylane with its extensive list of standard equipment buried the 182 in sales. And on and on, so it went from each manufacturer.

As for the first $100, 000 V-tail, well, Beech quit building the Model 35 Bonanza a few years later because people were buying the more expensive A36 instead. Beech resurrected the shorter body straight tail F33A Bonanza at a reduced price with no options and sold some, but preference remained with the more expensive A36.

In more recent years Cirrus has again proven that the expensive airplane outsells the lower cost version. Cirrus launched production with the SR20 at an attractive price. Not long later Cirrus rolled out the more powerful and faster SR22. Guess what. The SR22 at well over double the price out sells the SR20 four to one.

If you think about it for a moment, there is no mystery why more expensive new airplanes sell better than a cheaper version. The reason is that you buy a new airplane to get more, more of what you want. As soon as you start shopping price, the used airplane wins.

As we saw when LSA airplanes entered production the minimum price for a new airplane, even one limited to day VFR, is around $100, 000–or more. And none of the LSA makers is getting rich at those prices.

For $100, 000 there are lots of used airplanes available, many with great capability and performance. The reason you would buy an LSA is because it offers capability a normal used airplane can’t, such as being able to fly it with a driver’s license as medical certificate. Low cost is not the winning edge for an LSA.

Minecraft Tutorial Of How To Build a Small Plane

Helen Collins 80 took control of a small airplane and ...